On April 11th radio and television presenter Clara Amfo hosted the EE British Academy Film Awards, now in its 74th year. Some of the greatest filmmaking talents from 2021– an incredibly challenging year for the movie industry – assembled virtually to admire and applaud the very best in film. Champagne Taittinger was the toast of choice at the BAFTA Awards, marking Taittinger’s 19th year in partnership with the academy, the Drinks Business reported. 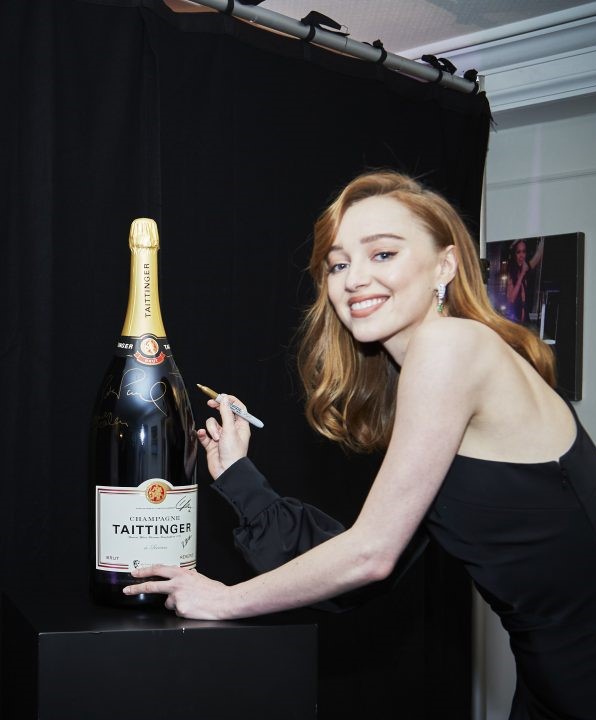 “Bridgerton” star Phoebe Dynevor was one of the few that attended the socially-distanced event at London’s Royal Albert Hall. 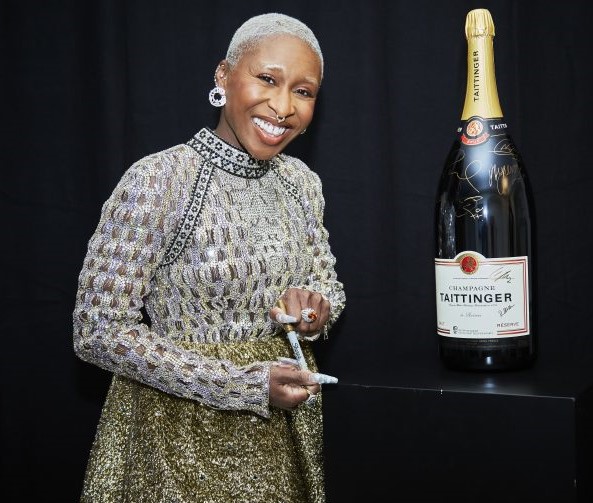 Also attending was actress Cynthia Erivo, who was among the first stars to hit the red carpet. Erivo is pictured signing a Methuselah of Champagne Taittinger, exclusively labelled for BAFTA.

Taittinger is one of the few Champagne houses that is still owned and managed by the family whose name appears on the label. As they say, that brings a unique level of responsibility to produce consistently excellent champagne. They are also passionate supporters of the arts, exemplified by their longstanding relationship with the BAFTAs.